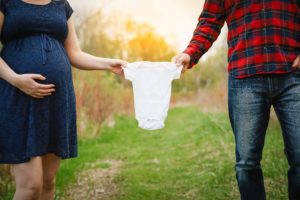 Seven years ago, my husband was in the military. During one deployment to Africa, despite our careful planning, the kids and I were left alone to pack up and move everything while he was gone.

It was during this move that the real cost of my clutter started becoming painfully obvious. In this stress and overwhelm, my desire for simplicity was born.

At every opportunity, I peeled away the layers of my clutter—the broken stuff, the perfectly good stuff, and the sentimental stuff.

Eventually, my useful things now all had a home with room to breathe! With an uncluttered home, I spent less time looking for and taking care of my things and more time doing things I love. And, yet still, there was clutter.

Hadn’t I gotten rid of all my clutter? Indeed I had. But I was learning, as Eleanor Brownn once said, “Clutter is not just physical stuff. It’s old ideas, toxic relationships, and bad habits. Clutter is anything that does not support your better self.”

Studies show families need minimalism too. In a survey of a thousand families, Ellen Galinsky, the head of the Families and Work Institute, asked children, “If you were granted one wish about your parents, what would it be?” Most parents thought their kids would say spending more time with them, but they were wrong.

Join me over at Becoming Minimalist, to read the full post and learn what kids wished for.

Join over 25k families who are reclaiming their living space. Receive a Free chapter from my book, Minimalism for Families and our weekly newsletter.

Someone asked me recently, "So if you live like a

Seeing some of my favorite people on the front por

My kids decided to let this play food go. As often

One of my favorite projects I’ve completed in my

Fresh fruit washed and ready to eat. Thanks @iamma

Have nothing in your house that you do not know to